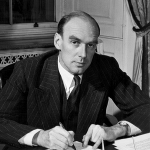 Hi, welcome to Against All Odds Wiki! Thanks for your edit to the Avro Canada CF-105 Arrow page.

I'm pretty sure that Trek was using Dreadnought as a generic term for Battleship. I seriously doubt that the UAPR would name a ship after an Imperialist ship. ViperhawkZ (talk) 06:20, November 15, 2012 (UTC)

As a matter of fact, this was the only available Carrier that the Americans were not using for operations farther north, and APNS New England had been only very recently transferred from the Atlantic to the Pacific, leaving only several old Battleships and land-based Airpower there, and had only picked up the Dreadnought, formerly a Colorado-Class BB right after leaving the Panama Canal.

I don't think that's the case at all. If I said "They had only picked up the battleship after leaving the Panama Canal", that wouldn't mean that the ship was called "Battleship"
But arguing semantics is just going to make us both angry, so I'll cut to the point and ask Trek about it. -- ViperhawkZ (talk) 12:36, November 15, 2012 (UTC)

This is actually a case of bad wording. Subsitute Battleship for Dreadnought in this case. The Americans call this type of vessel a Battleship, the Allies a Dreadnought. What is meant in this sentence specifically is that the Battleship joined the Task Force later after leaving the Panama Canal. Trek addict (talk) 14:50, November 15, 2012 (UTC)

Just dropping by to let you know that there is no "Saudi Arabia" in AAO's present. The monarchy was ousted and we have the Republic of Arabia.

I'm sorry, but I have to say no to the Supermarine Tomcat Article. The F-14 doesn't exist TTL, when I say "Tomcat Class" aircraft, I mean it's of similar size and capability. TTL the equivalent is the Supermarine Rapier, of which has some relation to the OTL Vickers Type 583 project. Not an exact match by any means, but the closet thing to it that exists OTL, and the pic should give you a good idea what the Rapier looks like. Also, the RAF is using some (originally procured to supplement the Lightning) but they are on the way out in favour of the Typhoon.

For your latest edit on the Bundesmarine's page, I have to disagree with some of the ship names.The Potsdam- and Berlin-classes are fine, but Itake issue with the Mackensens. Scharnhorst, Gneisenau and Seydlitz were used as ship names by the Nazis, and even with a more confident Germany, I doubt they'd be going in that direction. Also, overall, that would be the only ship class with names not based on German place-names, except the U-Boats. I won't command you, and I have no direct suggestions, but I reccomend that you change those.

Re German cruiser names: I'm afraid I have to agree with viper here. OTL, even the changed ones would be politically unacceptable, as we all know, anything pre-1945 = Nazis. The Navy and the leaders would know that's hogwash, but there's always some loud idiots. TTL, there'd be some comments on the 'new' ones, but it would die down. Approved. :)

Post Script to the above: Since Naval warfare would contain a lot of CV vs CV combat, a bomber destroyer ala F-14 isnt really needed. The Supermarine Rapier is one, and the British went for something smaller (the Typhoon) for a very good reason.

The APN is using something like the F/A-18 E/F, except that the incrased range was engineered into it from the start. It's a pure fighter version too, as both sides still use dedicated attack aircraft.

For what its worth, neither the F-15 or EE Lightning have any reason to exist either given that the MiG-25 doesn't exist and that Duncan Sandys apparently died fixing his toaster thus preventing his view of missiles making aircraft obsolete. Judge King (talk) 13:19, March 15, 2014 (UTC)

True, very, very, true. But at least the bit on the Lightning was stated way before I started to take this thing all that seriously, all the way back in 2009. It's one of the many things I'd do differently, but now I'm stuck with it.

For what it's worth, there is a point behind the F-15 and the Lightning existing, TTL the Bomber remains the weapon of choice to deliver one's nukes the world over.

I'm fine with most of what you wrote and contributed, and I thank you for that, just not with the F-14.

Compromise on the F-14: How's about she is a purely land-based bomber-destroyer? The Navy dosen't really need her, as the main threat to either side's fleet is other carriers, but the People's Air Force has Bomber Command to contend with...

One thing I'd have to veto right now is the Phoenix Missile, but mostly because it would upset the strategic balance I am looking for. Suggestions are very welcome here as well though.

Also, how about an american Tu-160 equivalent as a B-1 Lancer replacement?

I can't help but notice how you seem to copy-paste straight from Wikipedia in a lot of your articles. This does tend to lead to a lot of jarring moments. For example, in the articles on the Seattle AF S757 and Seattle AF S777, you kept the parts about the planes using engines from Rolls-Royce and Pratt & Whitney. Frankly, it doesn't make sense for an American airplane company to use engines from British and Canadian companies when this world's America is bitter enemies with both Britain and Canada. Also, in the article on Portland, you say "Beginning in the 1960s, Portland became noted for its growing liberal political values, and the city has earned a reputation as a bastion of counterculture, a view that proceeded into the 21st century" That sounds very unlikely in a totalitarian state like the UAPR.Jack Vexx (talk) 00:19, June 20, 2017 (UTC)

Retrieved from "https://againstallodds.fandom.com/wiki/User_talk:Judge_King?oldid=23625"
Community content is available under CC-BY-SA unless otherwise noted.